On August 3rd, 2022, Cayuga Nation Police (Halftown's non-Native police) began bulldozing buildings of significance to Gayogo̱hó:nǫ⁷ citizens who oppose him, in a sequel to the destruction he wrought in February 2020. The Council of Chiefs and Clan Mothers responded with this press release on August 5th. 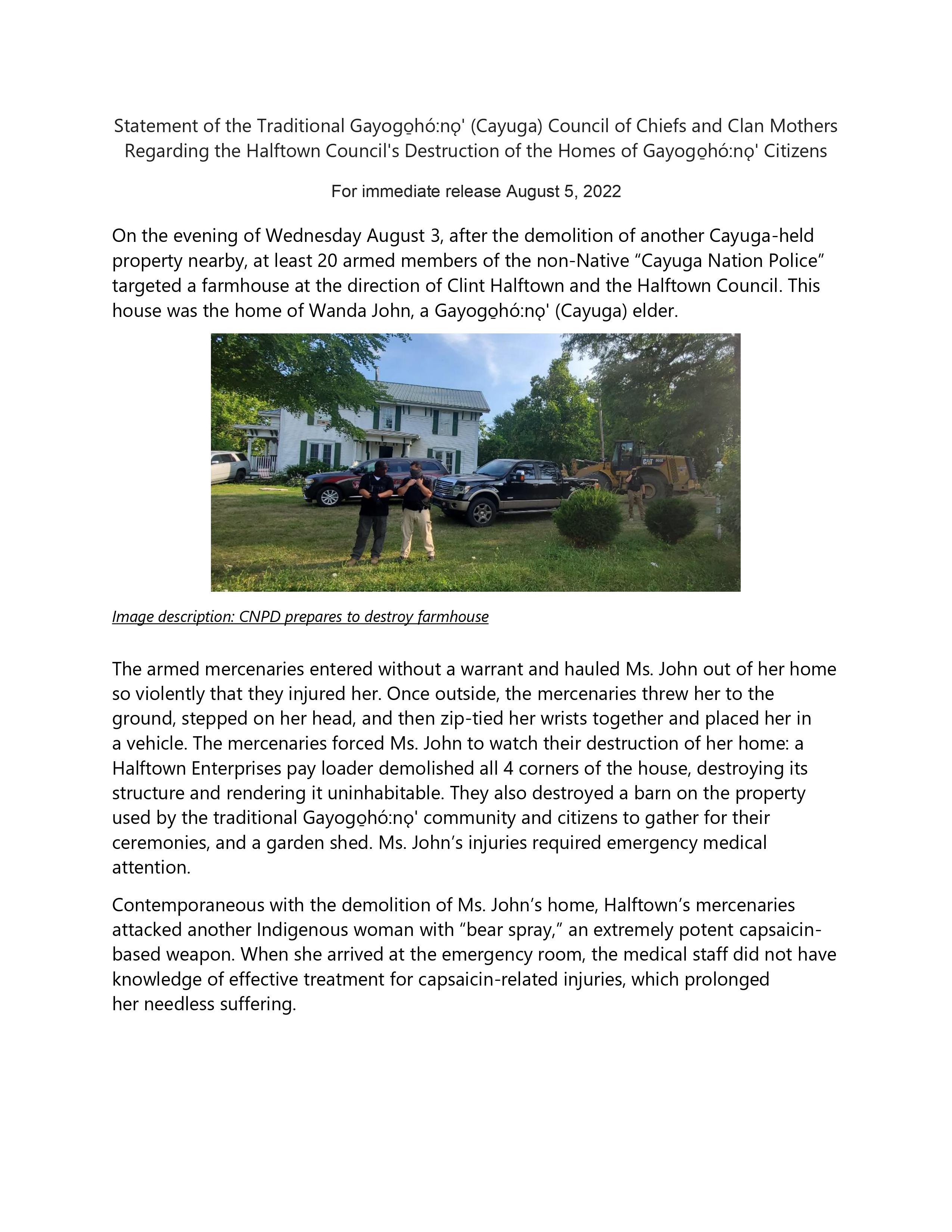 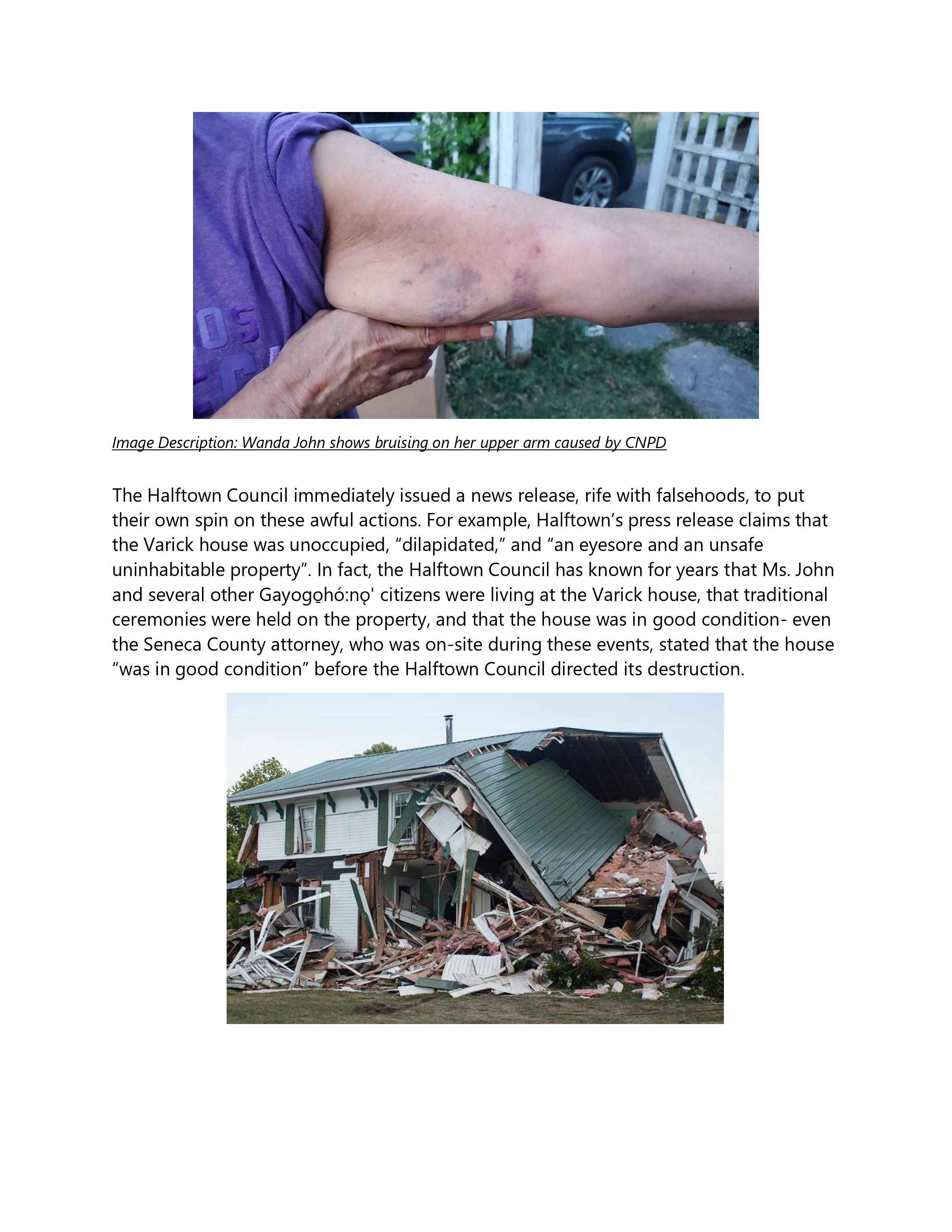 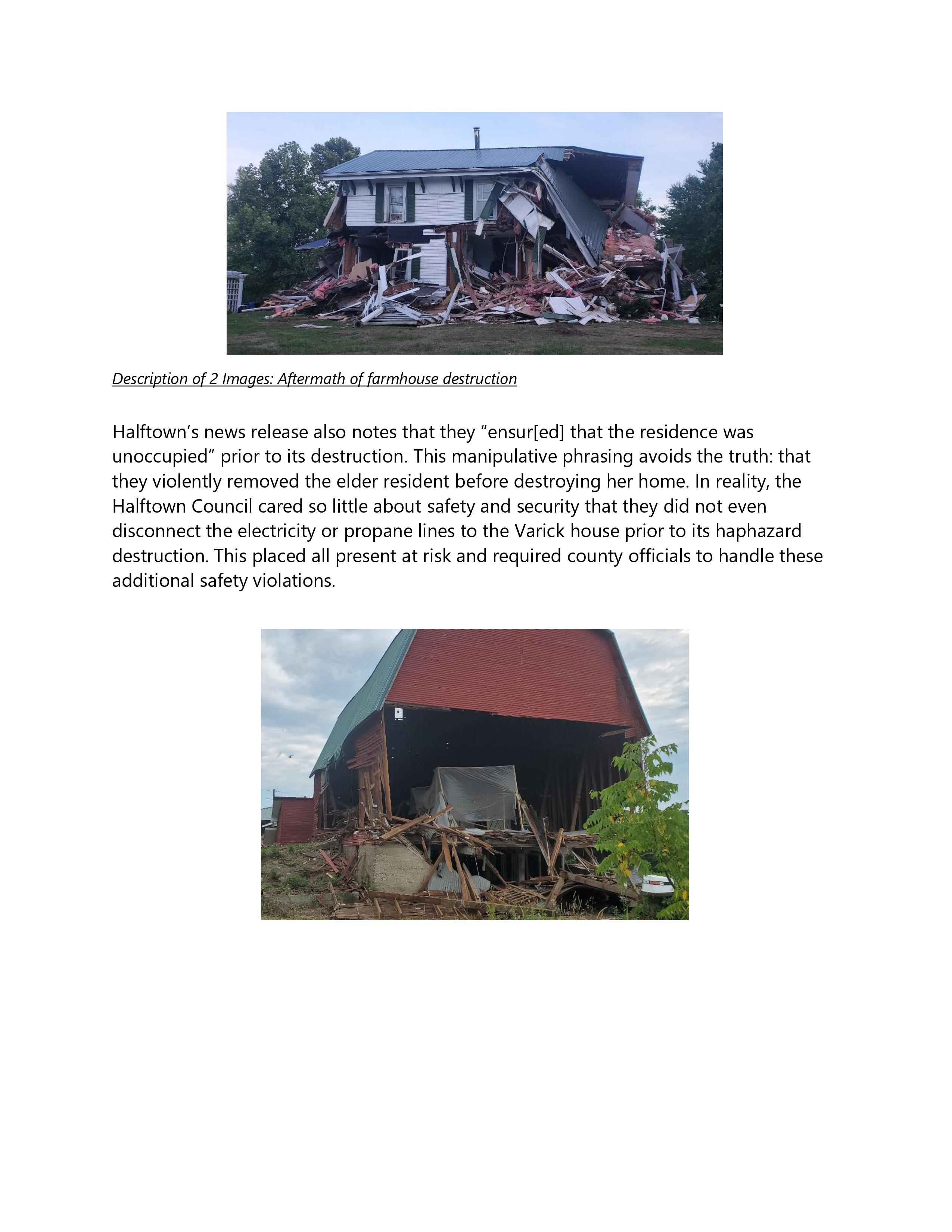 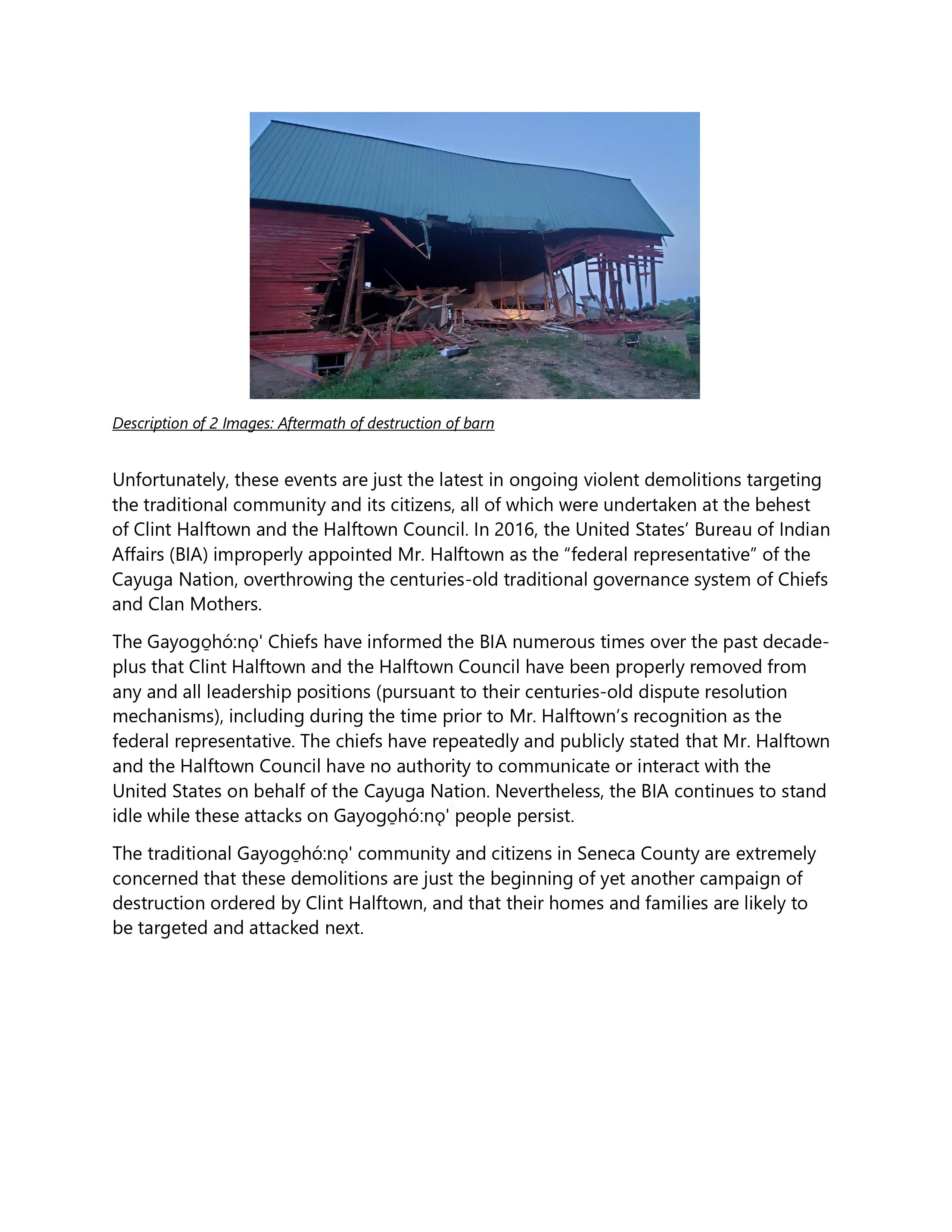 Gayogo̱hó:nǫ⁷ Council of Chiefs' May 2021 Letter

In April 2021, Halftown issued eviction notices to traditional Gayogo̱hó:nǫ⁷ citizens from their homes in their traditional territory and began harassing them with his illegitimate non-Cayuga police force. In May, the Gayogo̱hó:nǫ⁷ Council of Chiefs responded with this letter. This is the letter we're talking about when we say #ReadTheLetter. 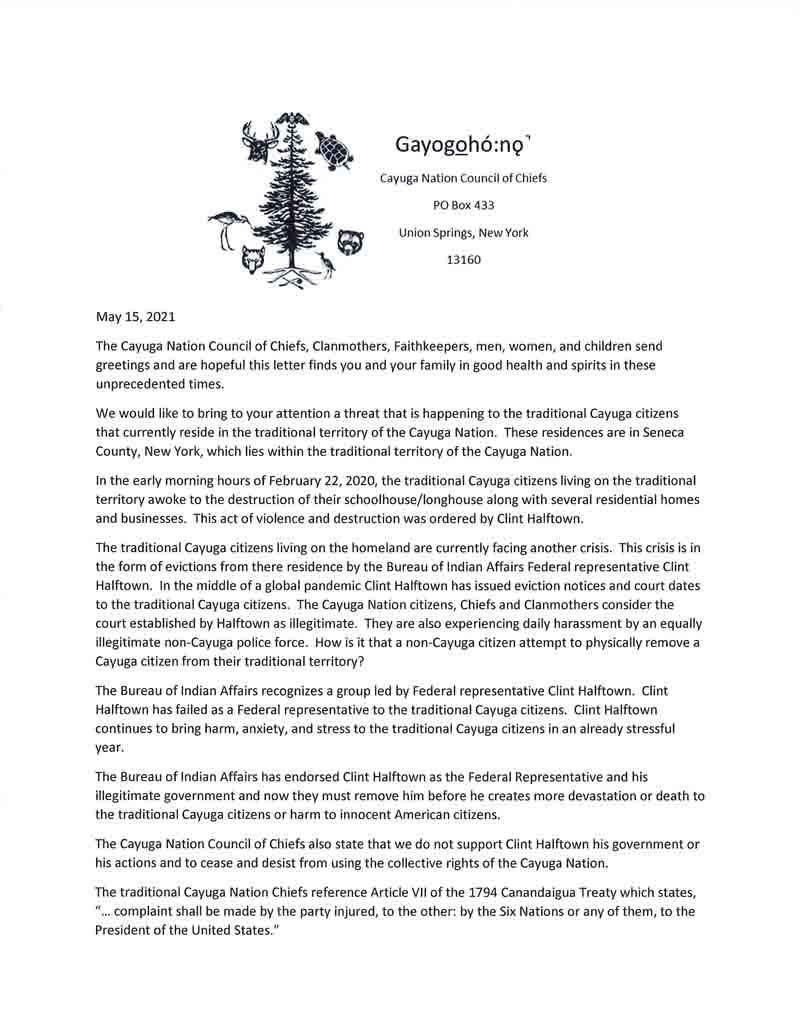 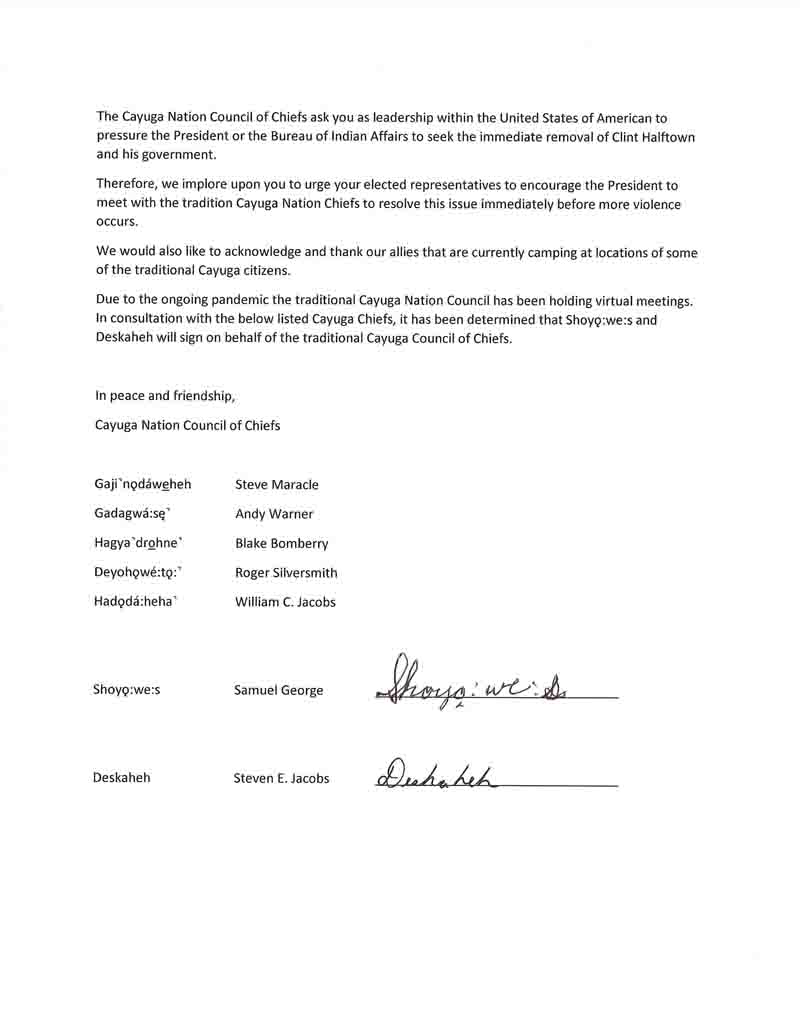 Shortly after Biden's inauguration as 46th President of the United States, the traditional Gayogo̱hó:nǫ⁷ leadership sent him this letter requesting a meeting to reaffirm their nation-to-nation relationship with the U.S.

Sachems' March 2021 Letter to Secretary of the Interior Haaland

At the same time they sent a similar letter to Biden, the traditional Gayogo̱hó:nǫ⁷ leadership sent this letter to Secretary of the Interior Debra Haaland requesting a meeting. 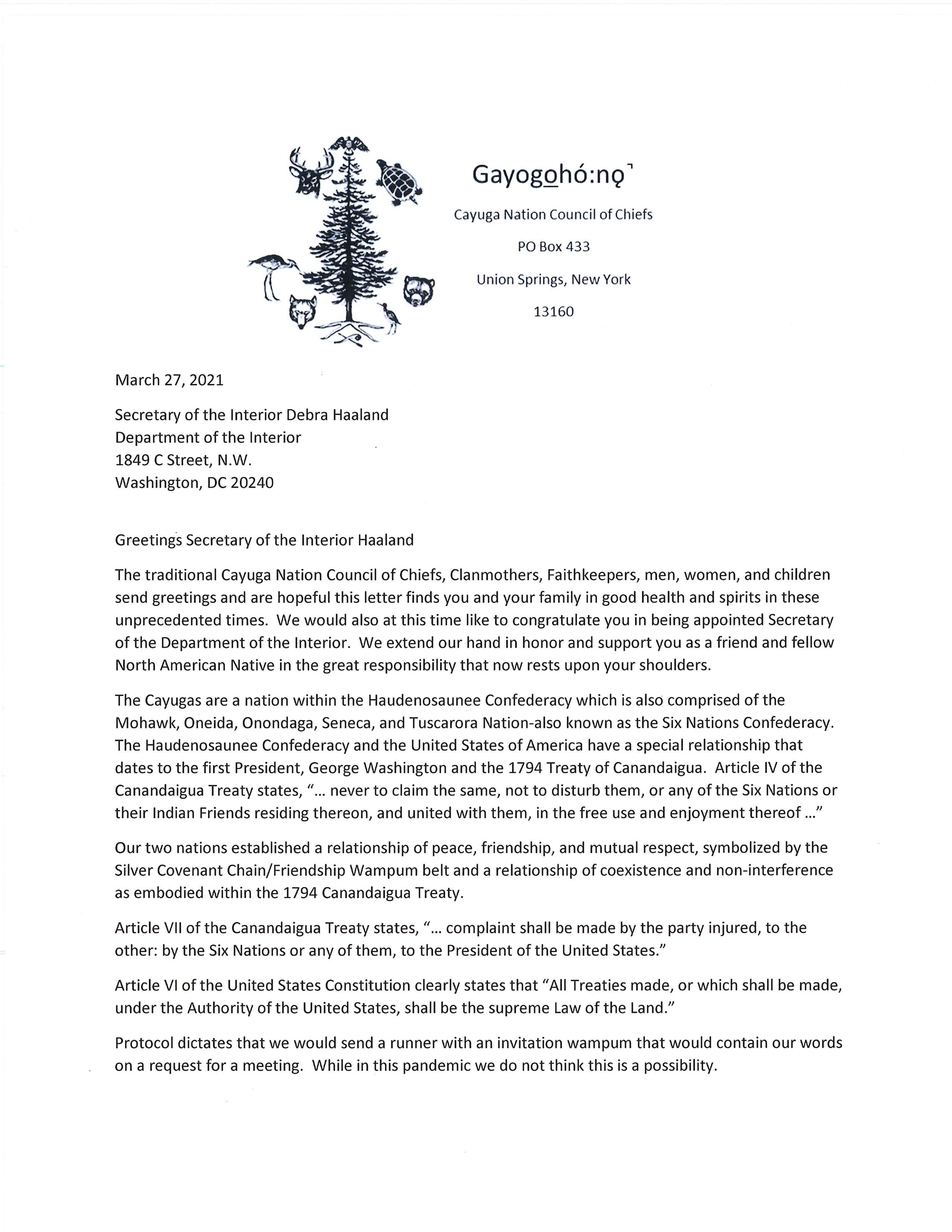 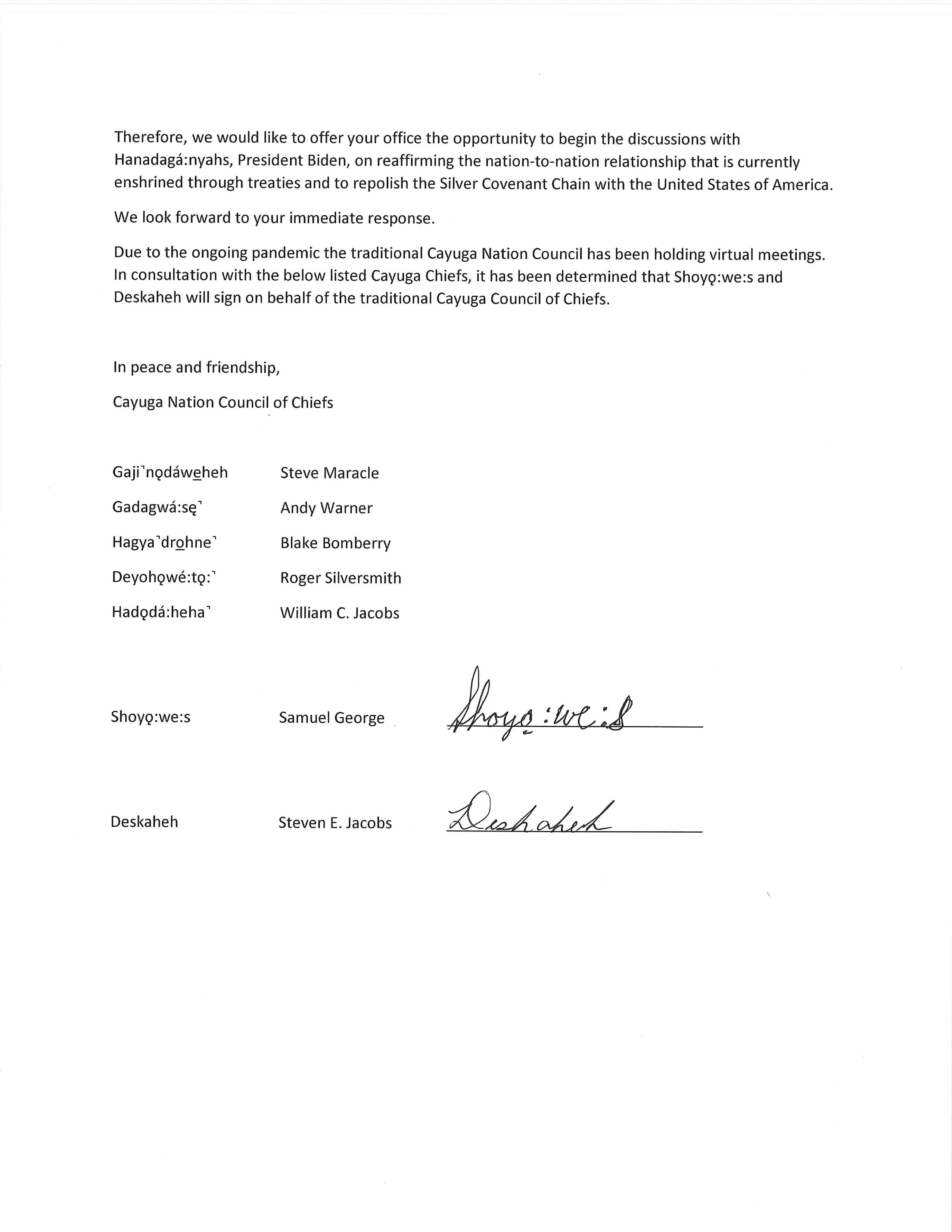 In 2013, the Haudenosaunee Grand Council released a statement explaining how band governments, governments imposed on indigenous nations by the U.S. (and Canada), are deeply rooted in colonialism and should not be considered the true or legitimate leadership or representatives of the Haudenosaunee. 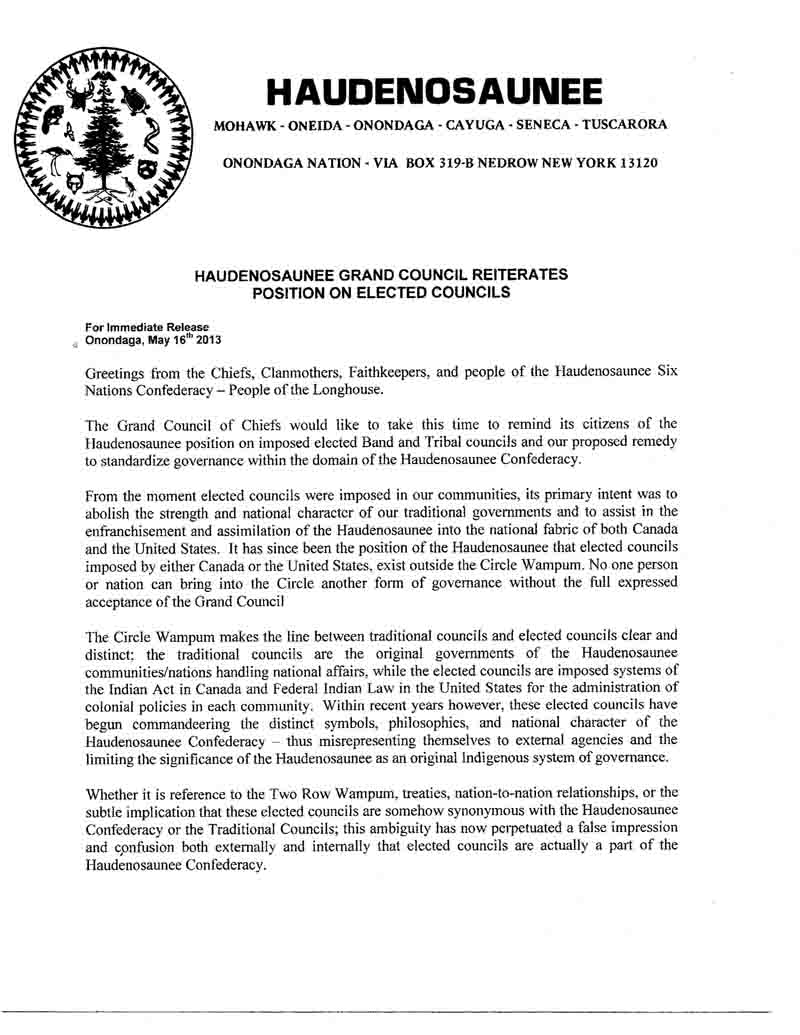 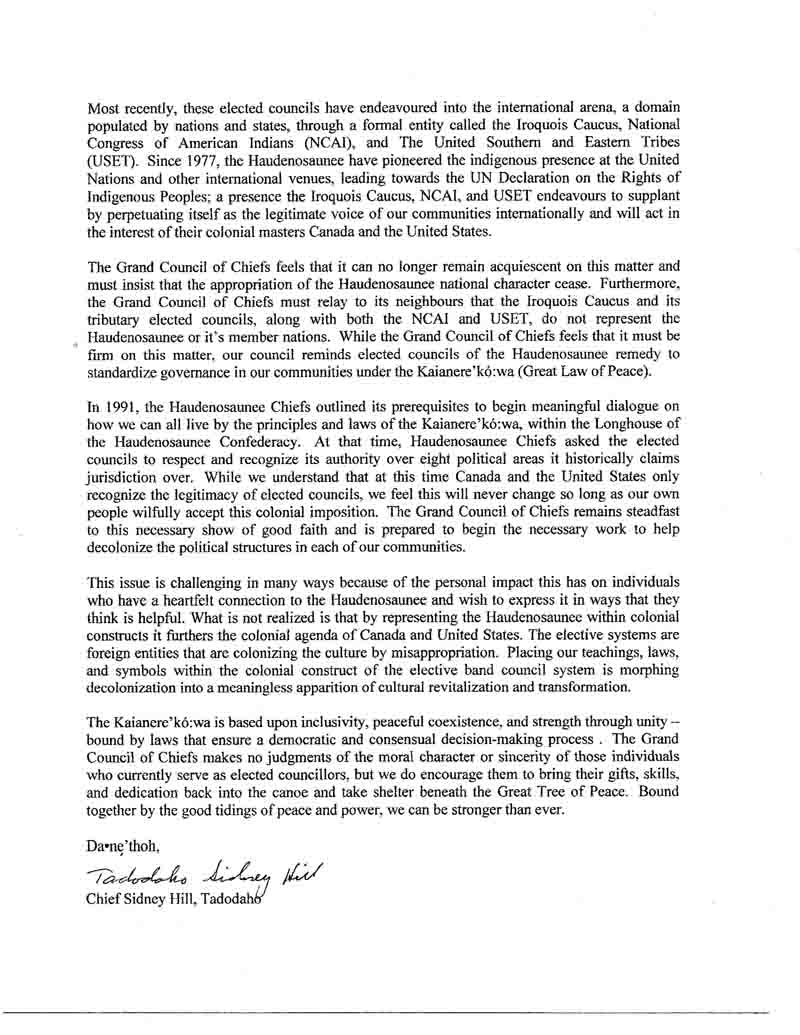 This 2011 affidavit affirms the 2005 removal of Halftown from representative role by his late Clan Mother, Bernadette Hill. 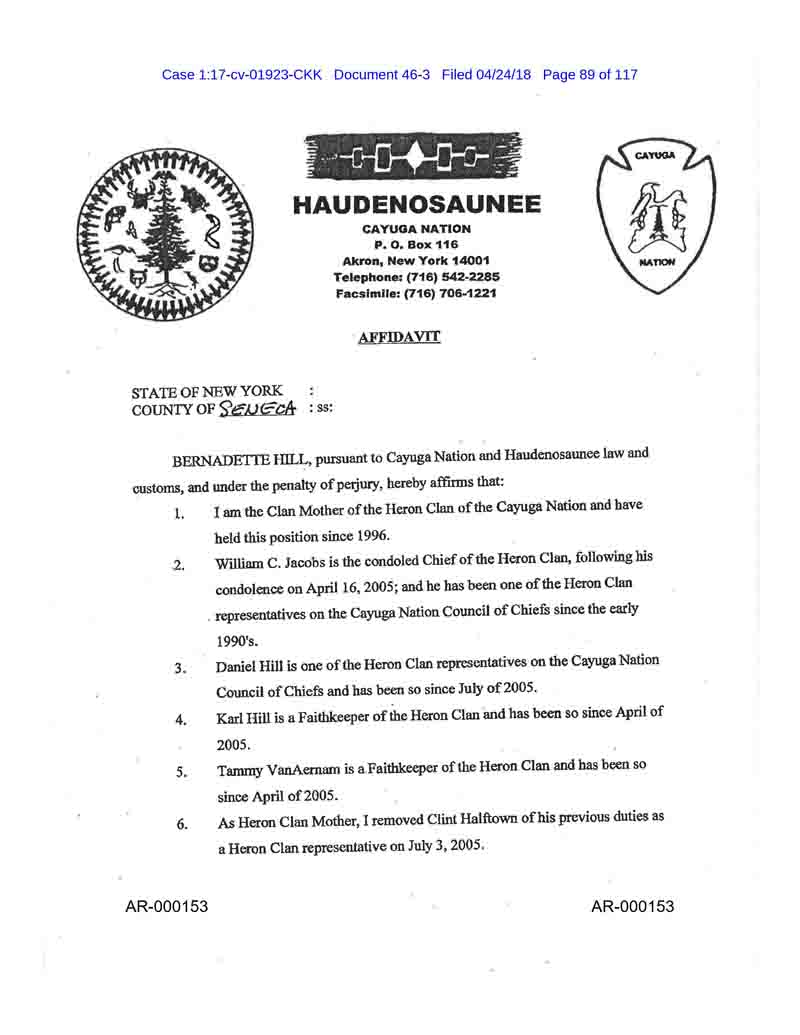 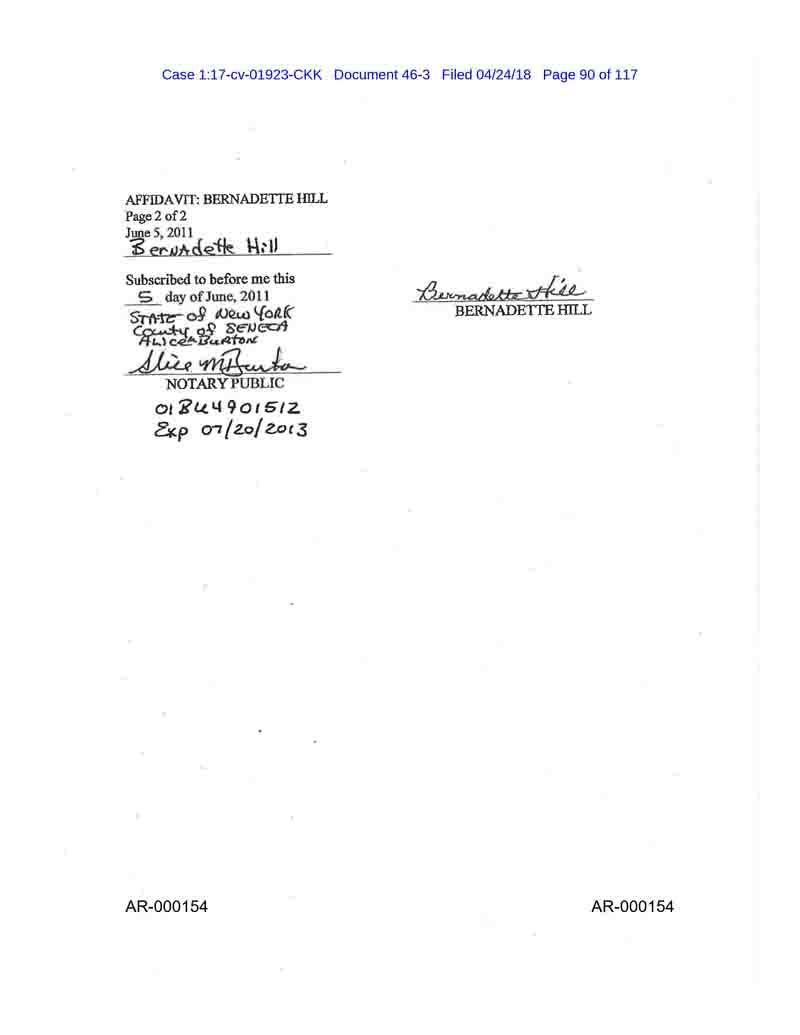